If you would tell me the heart of a man, tell me not what he reads but what he rereads.

In these anxious days (aren’t we all kind of anxious these days, what with the pandemic and the need to combat racism?), I find it helps to have calm when I read in bed at night. I want to read something with an engrossing story, nothing too scary or too exciting, just a good read that I can escape into and that helps me drift off to sleep and pick up again tomorrow night. Even better is a great series, where the characters stay with me for many nights, like friends that grow dearer the more I read about them. These are all series that I reread—well-written comfort reading, like well-prepared comfort food. There are other books and series that I reread, but these are especially good for bedtime. If that sounds good to you, here are some suggestions (in no particular order):

This series is centered on Father Timothy Kavanaugh, the Episcopal priest at Lord’s Chapel in the town of Mitford, North Carolina. You wouldn’t think much could happen in the life of an Episcopal priest, but Father Tim’s life is populated with situations and characters that will become part of your heart and rereading life. These are listed not in the order in which they were published, but in the order that they happen in the lives of the characters:
1 At Home in Mitford
2 A Light in the Window
3 A Common Life: The Wedding Story
4 These High Green Hills
5 Out to Canaan
6 A New Song
7 In This Mountain
8 Shepherds Abiding
9 Light from Heaven
10 Home to Holly Springs
11 In the Company of Others
12 Somewhere Safe with Somebody Good
13 Come Rain or Come Shine
14 To Be Where You Are 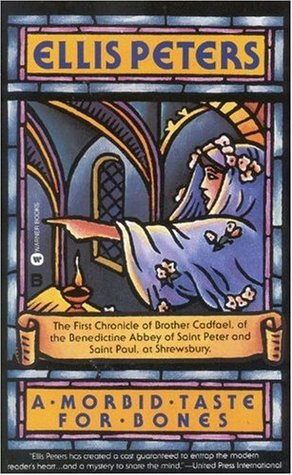 Brother Cadfael is a medieval monk and former Crusader, living at the Abbey of Saint Peter and Saint Paul in Shrewsbury, Shropshire, England, during the English civil war  (1141–1153). These are “cozy mysteries,” with a non-gory homicide near the beginning of the story, which Brother Cadfael solves. For a medieval monk, Brother Cadfael gets around, in part because he is an herbalist and so is called out to treat ailments in the town. He is a wise, thoughtful man and the people around him are equally memorable as his life develops throughout the series.
1 A Morbid Taste for Bones
2 One Corpse Too Many
3 Monk’s Hood
4 Saint Peter’s Fair
5 The Leper of Saint Giles
6 The Virgin in the Ice
7 The Sanctuary Sparrow
8 The Devil’s Novice
9 Dead Man’s Ransom
10 The Pilgrim of Hate
11 An Excellent Mystery
12 The Raven in the Foregate
13 The Rose Rent
14 The Hermit of Eyton Forest
15 The Confession of Brother Haluin
16 The Heretic’s Apprentice
17 The Potter’s Field
18 The Summer of the Danes
19 The Holy Thief
20 Brother Cadfael’s Penance
21 A Rare Benedictine

This series includes some of the best, most thoughtful books going, and the good news is that Penny is still adding books to the series. Armand Gamache, the chief inspector of the Sûreté de Quebec—which investigates homicides in the Canadian province—and his investigators Jean-Guy Beauvoir and Isabelle Lacoste, his wife Reine-Marie, and the residents of the village of Three Pines (in the Eastern Townships, south of Montreal) are some of the most memorable characters you will ever encounter. This series contains some unfortunate language and more violence than cozy mystery series do, but it is so worthwhile that I don’t care. The series weaves together art, music, poetry, and the human condition with humor and grace. The books make me want to move to Three Pines, if Canada would have me and I could find the village (not everyone can), and improve my French.
1 Still Life
2 A Fatal Grace
3 The Cruellest Month
4 A Rule Against Murder
5 The Brutal Telling
6 Bury Your Dead
7 A Trick of the Light
8 The Beautiful Mystery
9 How the Light Gets In
10 The Long Way Home
11 The Nature of the Beast
12 A Great Reckoning
13 Glass Houses
14 Kingdom of the Blind
15 A Better Man
16 All the Devils Are Here 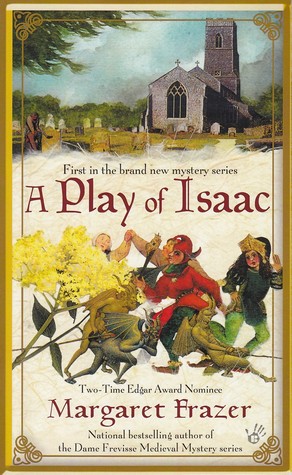 This terrific series, set in the present day and a bit in the Civil War era and the Great Depression, centers on a group of quilters who run a quilt camp and support each other through their personal and collective stories. These books made me want to learn to quilt, but so far I am better at reading about quilting and buying fabric than I am at making quilts.
1 The Quilter’s Apprentice
2 Round Robin
3 The Cross-Country Quilters
4 The Runaway Quilt
5 The Quilter’s Legacy
6 The Master Quilter
7 The Sugar Camp Quilt
8 The Christmas Quilt
9 Circle of Quilters
10 The Quilter’s Homecoming
11 The New Year’s Quilt
12 The Winding Ways Quilt
13 The Quilter’s Kitchen
14 The Lost Quilter
15 A Quilter’s Holiday
16 The Aloha Quilt
17 The Union Quilters
18 The Wedding Quilt
19 Sonoma Rose
20 The Giving Quilt

Lord Peter Wimsey and Harriet Vane mysteries by Dorothy L. Sayers
Sayers wrote about a dozen Lord Peter Wimsey mysteries, which are fun, before she got to the books with Harriet Vane, which I find most worth rereading. These books take place after the First World War in England. The Sayers estate did a fine job of choosing Jill Paton Walsh to continue the series when Sayers’ fans clamored for more.
by Dorothy L. Sayers

by Jill Paton Walsh
5 Thrones, Dominations (begun by Sayers and finished by Walsh)
6 A Presumption of Death
7 The Attenbury Emeralds
8 The Late Scholar

Royal series; Undercurrents series; Saint Squad/Guardians/Stand-Alone series; and Romance series by Traci Hunter Abramson
In a market glutted with romance/suspense novels, these books by Latter-day Saint author Traci Hunter Abramson are among the best being written today. Abramson formerly worked for the CIA and can take any incredible situation and make it credible and fascinating. The groupings and order of the list below are sort of chronological and sort of my idea of the best order to read them in—characters recur, especially in what I have called the “Saint Squad/Guardians/Stand-Alone” series; Abramson groups the books differently in the front matter of her books. The “Saint Squad/Guardians/Stand-Alone” series can get pretty exciting, so they might not be your choice for bedtime reading (but I read them then, anyway). The “Romance” books are stand-alones, with A Change of Fortune being really excellent. Fortunately, Abramson writes a new book about every year to add to your collection.
Royal series

Maisie is a young woman making her way in England after the First World War. The series (which may have more entries to come) takes her through the years between the wars and into the Second World War. She is a private investigator in London but does more and has more distinctive methods than most private investigators that turn up in books.
1 Maisie Dobbs
2 Birds of a Feather
3 Pardonable Lies
4 Messenger of Truth
5 An Incomplete Revenge
6 Among the Mad
7 The Mapping of Love and Death
8 A Lesson in Secrets
9 Elegy for Eddie
10 Leaving Everything Most Loved
11 A Dangerous Place
12 Journey to Munich
13 In this Grave Hour
14 To Die but Once
15 The American Agent

This series, set in the present day, takes a group of women affiliated with a quilt shop in Connecticut through the ups and downs of their lives and friendships. The last two books take up the life of Mary Dell Templeton and her son, Howard, two of Texas’ favorite productions, who are introduced in the Cobbled Court Quilt books.
1 A Single Thread
2 A Thread of Truth
3 Threading the Needle
4 A Thread So Thin
5 Ties that Bind
6 Apart at the Seams
7 From Here to Home
8 Between Heaven and Texas

The Cottage Tales of Beatrix Potter by Susan Wittig Albert 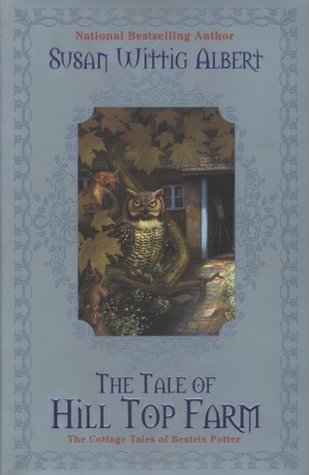 Set in England’s Lake District in the early 1900s, these books are a fictionalization of Potter’s life and the mysteries she solves. If you had ever told me I’d be reading and rereading a series with talking animals in it, I’d have said you were crazy, but these are really good.
1 The Tale of Hill Top Farm
2 The Tale of Holly How
3 The Tale of Cuckoo Brow Wood
4 The Tale of Hawthorn House
5 The Tale of Briar Bank
6 The Tale of Applebeck Orchard
7 The Tale of Oat Cake Crag
8 The Tale of Castle Cottage

Goddesses Anonymous and Shenandoah Album series by Emilie Richards
Richards has written several series that I have enjoyed more or less, but these are the ones I recommend. They follow the present-day lives of two groups of women, the “goddesses” unrelated but trying to do some good in their community, and the “Shenandoah Album” women part of the same family, in the Appalachian Mountains and Asheville, North Carolina. The choices and friendships they make come together in engrossing stories.
Goddesses Anonymous 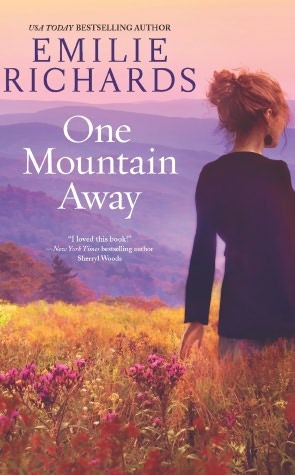 1 The Writing on the Wall
2 Troubled Waters
3 How Many Roads
4 Take Me Home
5 So Much of Life Ahead
6 Promises to Keep: Diane’s Story